What is an eco-city?

Our take on what makes cities eco

The term eco-city is increasingly becoming popular within the urban development industry to describe and market developments that incorporate ecological aspects in their design. But what is exactly an eco-city? To try to answer this question we attended the EcoCity World Summit that took place in Melbourne from the 12th to the 14th of July 2017.

What is an eco-city

Defining what an eco-city is, is not easy task as many urban forms and planning models can encompass the characteristics of an eco-city. The main principles that the EcoCity World Summit identifies as been critical to an eco-city include:

In practice an eco-city, similarly to a ‘traditional’ city, should provide all those elements such as a functional transport network and urban structure that support the social and economic prosperity of its dwellers. However, an eco-city should also enable social justice, and be a place where a mixture of cultures, identities, and beliefs coexist, enrich the city and thrive in harmony with the natural environment. In this sense, we argue that an eco-city should resemble a healthy ecosystem.

Ecosystems work through the interaction of living and non-living organisms. Plants, animals, soil, water, heat, light, and air all work together to create a balanced system. Healthy ecosystems have plenty of species diversity, with each species having a niche in the ecosystem that keeps the whole system healthy and functional. Energy flows tend to be closed loop, where the ‘waste’ from one organism becomes the nutrient for another. This allows the ‘participants’ in the ecosystem to source the vast majority of the recourses they need locally (i.e. within the boundaries of the ecosystem).

Translating these concepts into the design of a city is no doubt a huge challenge, especially when considering that each city must cater for its specific climatic, ecologic, geographic, historic, social and economic context. Furthermore, unless starting from scratch and having full control over the decision-making process, urban designers are required to work within the boundaries of current cities’ design, their existing infrastructures and political and legislative frameworks. Nonetheless, if we are to transform our cities from places where we live to places where we thrive, a drastic shift in the way we think about, plan and build our cities is required. 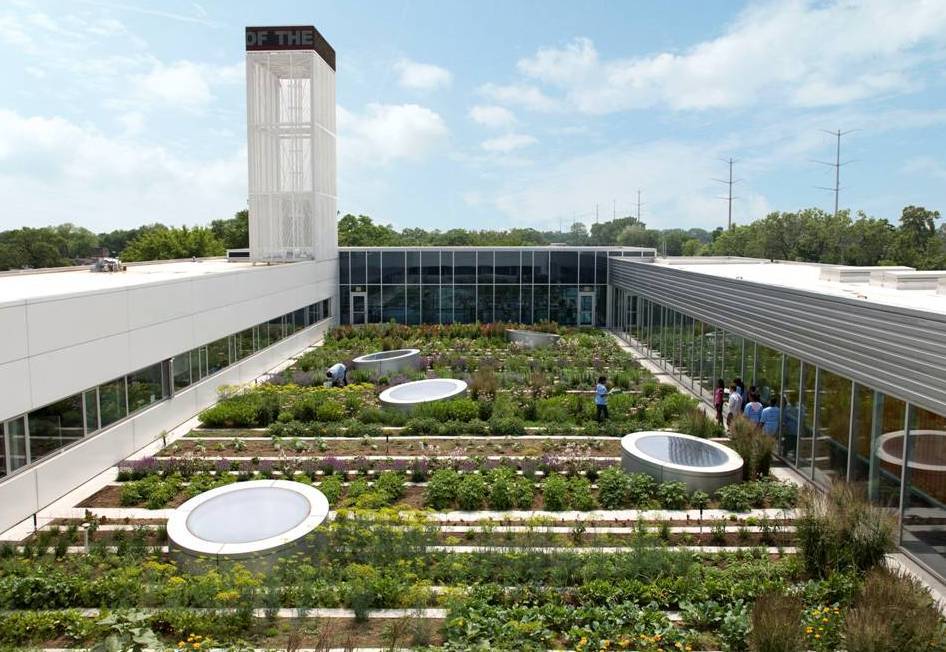 Examples of this shift already exist at various levels in various countries. Urban agriculture is becoming popular in many cities around the globe including Montreal, Melbourne, Puerto Madonado, Canberra, Detroit, Paris and many others. An increasing number of existing and proposed buildings are installing solar photovoltaic panels on their roofs to reduce their reliance on the energy grid and reduce greenhouse gas emissions. Public transport are becoming more efficient, and car and bikes sharing schemes are been implemented continuously. Further, businesses are continuously coming up with ideas that help minimise waste by mimicking ecosystems.

These are only some examples of how cities can become more ecosystem-like, and as designers and citizens involved in the shaping of the urban form we have the potential to assist transforming our cities into thriving places that offer equal opportunities to all its dwellers, foster a strong sense of community, and instil a sense of care, ownership and responsibility for place.

For existing and proposed cities that wish to become an eco-city, the Sustainable Development Goals developed by the United Nations provides a useful framework to explore their potential and monitor their achievements. The Sustainable Development Goals includes a total of 17 goals, each outlining specific targets to be achieved over a period of 15 years. The goals range from ending poverty in all its forms to protect marine life. By achieving all the goals, a city gets closer to what may be defined as been an eco-city – a city where all of its inhabitants (living and non-living) thrive in harmony with the natural environment.

SBE was formed in 2001 by a multi-disciplinary team of industry leaders passionate about the role that the built environment can have in shaping thriving communities and cities.

As a dedicated ESD consultancy, we aim assist our clients navigate the sustainable building landscape and achieving their sustainability goals.

Thinking about incorporating ESD initiatives into your next project?

Whether you are considering incorporating ESD initiatives into your next project, or you need to demonstrate a commitment to sustainable design to planning authorities, or you need Section J reporting for Building Permit, we would love to hear from you!